In the last decade, artificial intelligence has captured our collective imaginations… and investors’ wallets. The core ideas for today’s AI started to gain acceptance in the 1950’s, and the industry went through several funding cycles in the 70’s and 80’s. Yet, it was only ten years ago when computers, specifically the GPU’s in them, became powerful enough to run AI software to get useful results.

Now, we are in the midst of an AI renaissance that can – and probably will – transform society, but this has also brought on an incredible amount of hype and fear, which can make it difficult to understand the actual potential and limitations of modern AI. Today’s AI is quite far from being able to power androids and starships, and it is only useful in a narrow range of tasks where it can replicate human labor and remove the need for an operator.

Current AI systems don’t have a conscience and creative mind. The AI software used today consists of a network of mathematical equations that process and repeat the decisions that humans make in specific tasks. We call this supervised learning since a human operator has to do the work first to train the AI’s decisions.

Here is the process:

Here is Mitsuku, an award-winning chatbot from Pandorabots. Although Mitsuku can “understand” and reply to text input, you have to be very specific to get a useful response.

If the AI model, training data, and training program are good, then the response created by the computer will be as good as if it were done by a human. Keep in mind, the only way that this process works is by starting with real input and output that has been created by actual humans in the training set, so if the original data in the training set is bad, even a great AI model will produce bad results.

AI today can only replicate decisions made by real humans, and well-trained humans have to define what “good” decisions are to include them in the training set. 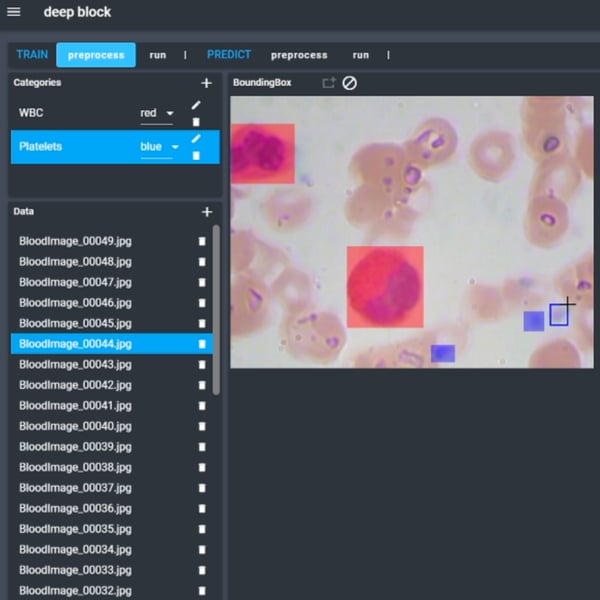 Here, a human supervisor is using Deep Block to identify white blood cells with (red) and platelets (blue). This is a manual process where the technician creates the input to train the AI model. Once a relatively few images have been processed like this, the AI model can then count these types of cells in as many new images, as long as all other conditions are the same.

In healthcare, there is a simple way to consider what good decisions should look like: health is good, disease is bad, and a complete blood count is a typical test where AI can help us better diagnose and treat disease. For this test, the physician takes a blood sample from a patient at a hospital or clinic, and then sends the sample to a blood lab for analysis. In the lab, a technician has to prepare a small amount of blood for each of the several blood tests, and the final step is typically to prepare the sample in a slide for the technician to look at under a microscope. At that point, the technician manually counts the different types of cells in regions that are pre-marked on the slide and uses a simple mathematical analysis to provide the final results back to the physician.

In this case, AI is a great assistive technology because the final step to count up all the cells is very tedious. With an AI-powered system, the lab technician can focus her time on making a smaller number of very careful observations, and then let the powerful chips on a workstation or a server use those observations to form a training for an AI model to complete the analysis automatically for a much larger number of samples. The physician and the lab technician are not replaced by AI since they still need to collect and prepare samples from patients, and the less time they spend on tedious tasks frees them up to focus on other things.

The increase in productivity amplified by AI can completely transform healthcare for thousands, or even millions of people. The final analysis of laboratory samples or other medical images require technicians and physicians to be trained in process and analysis, and the repetitive, tedious part of this work is prone to errors. In the United States, about a million people died between 1999 and 2009 due to medical errors, many of them a result of an incorrect lab and imaging analysis.

The image analysis is only one part of the entire diagnostic process in our health care system, and letting computers do the counting for us will not take away the healthcare jobs. Instead, it will let healthcare providers focus more of their time and energy on the tasks that are uniquely human to better care for our health.

Here, you can see the process for a complete blood count. The automated machines can only count the total number of cells, and they cannot distinguish normal cells from diseased. With tools likeDeep Block, laboratories could improve their accuracy in diagnosing disease. 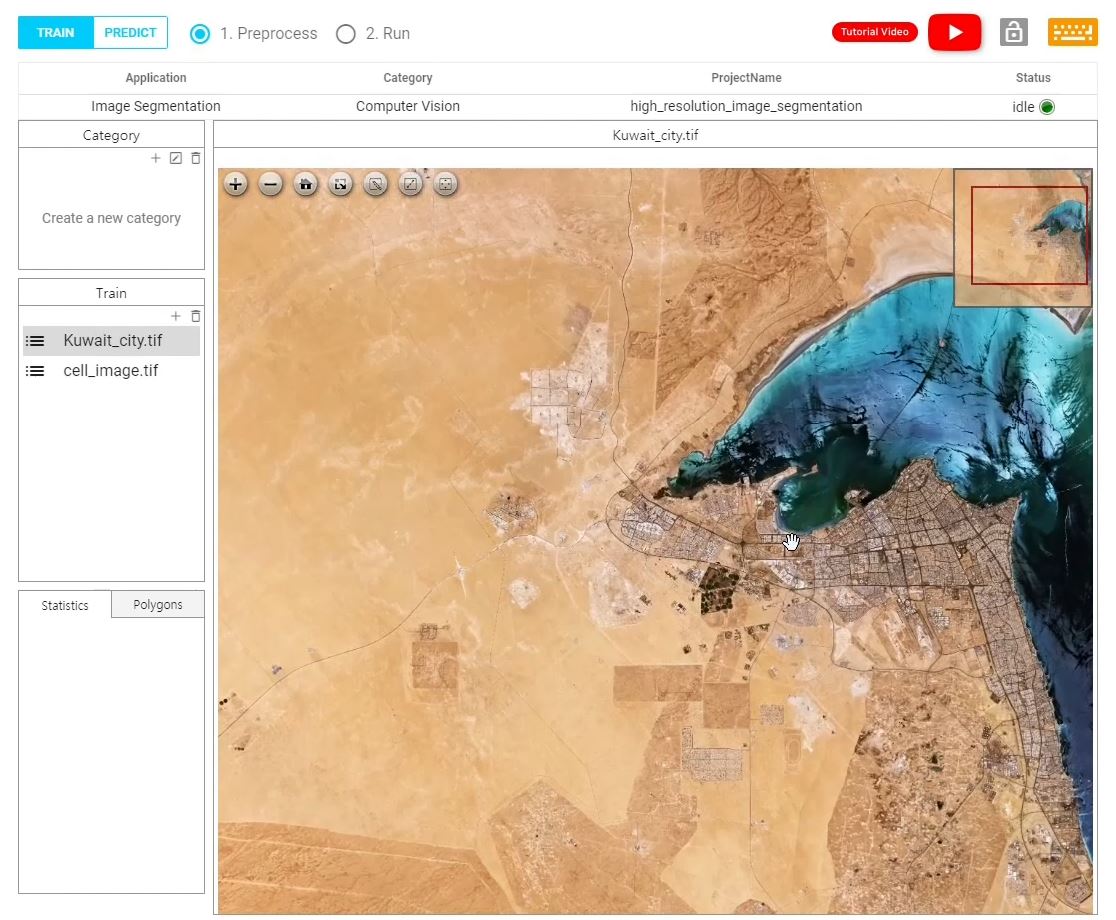 Why Expert Skills Are Required for High Resolution Image Processing

Today, I want to tell you the reason why it is difficult to use AI for analyzing high-resolution images. 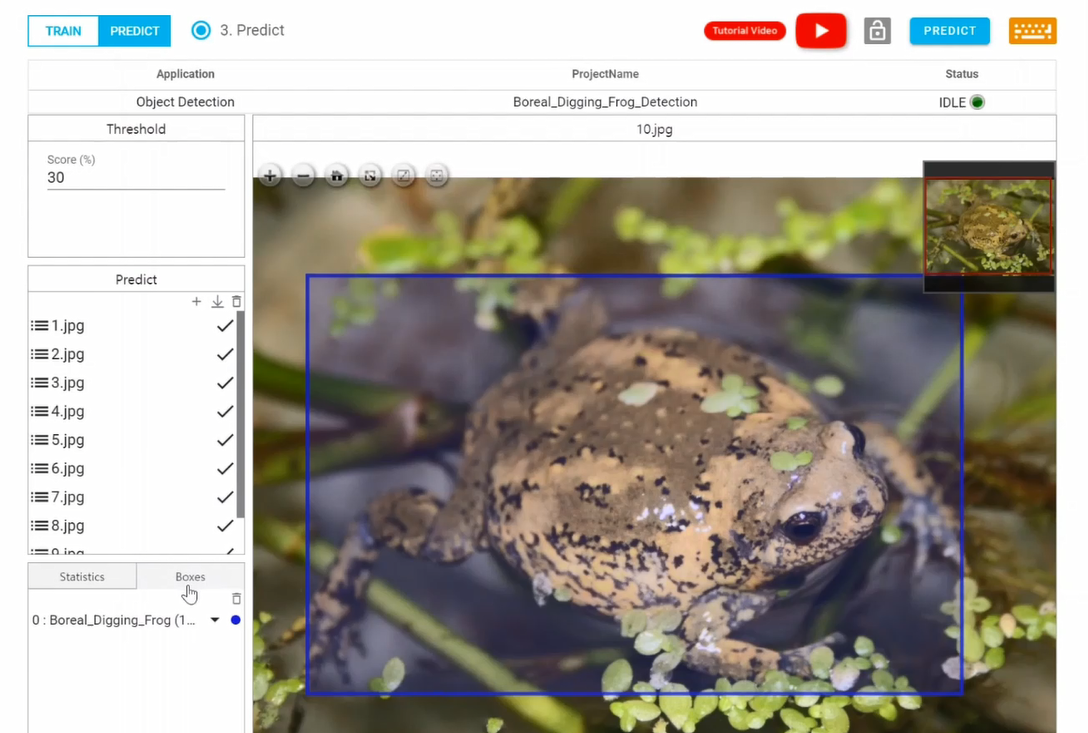 This is a tutorial article explaining how to use object detection application of Deep Block.